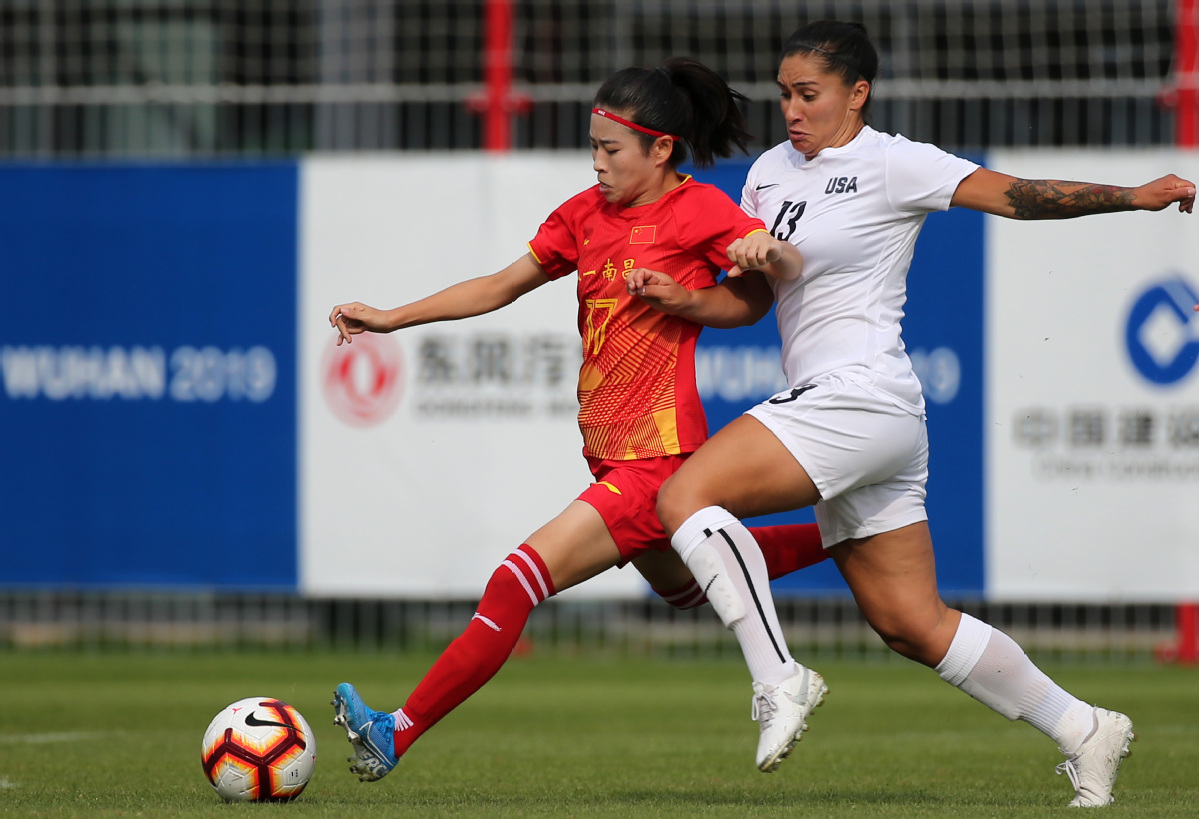 The Chinese women's soccer team at the ongoing 7th Military World Games cheered the home crowd on Monday by winning over the US 4-0 at the third round competition in Wuhan, capital of Hubei province.

The Chinese squad finished the first half by scoring twice and kept their formidable pace up to the last minute, which greatly boosted the team's confidence on winning the gold.

Apart from impressive attacking skills, the defense line of the squad, which consisted of nine Chinese national players who competed at the FIFA Women's World Cup in France this summer, was also impenetrable. The credit went to star goalkeeper Peng Shimeng who became a household name in China after proving her worth at the World Cup this year.

Together with Monday's victory, the Chinese squad won all Group A matches at the games, securing a spot at the semifinal. It defeated South Korea 3-0 on Thursday, followed by a 4-0 victory over Germany on Saturday.

"Our goal at this time is to win the gold," said head coach Zhao Zhengchun."However everything is possible at the soccer competition. All we can do is to try our best to prepare for the next one. We finished the game with a 4-0 victory and we made it impossible for our rivals to score at all three group matches. I'm satisfied with our players' performance."

Chinese women's soccer ace Wang Shuang, who was a torchbearer at the opening ceremony of the games, was also confident the PLA Bayi team could go all the way.

"I think the squad at the military games can win gold, but they will face many difficulties. There's going to be many challenges waiting for them," said Wang, who is not competing because she is not a soldier.