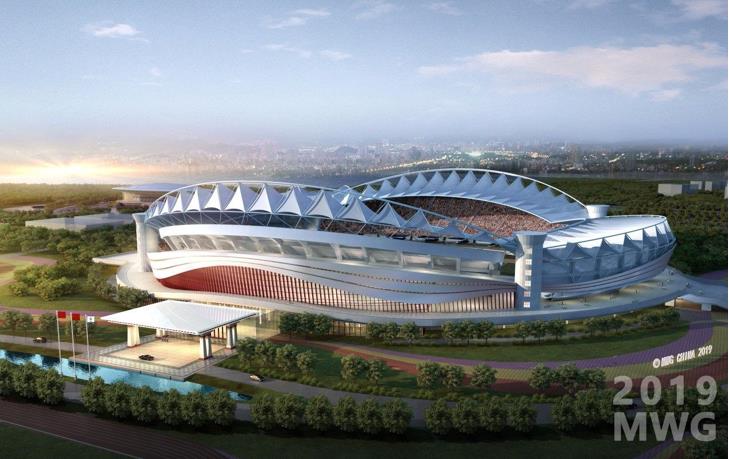 Introduction: The project is located at No. 58, Checheng North Road, Wuhan Economic and Technological Development Zone. It is a renovation project, consisting of a stadium with 58,000 spectator seats, a gymnasium with 12,000 spectator seats and a natatorium with 3,500 spectator seats. The stadium has hosted the 6th National City Games in 2007, the 2018 FIFA World Cup Qualifiers in Asia. The gymnasium has hosted the 2014 ITTF-ATTU Asian Cup and the 2015 FIBA Asia Women’s Championship. The natatorium has hosted the 2016 Synchronized Swimming China Open and the 21st FINA Diving World Cup in 2018. Wuhan Sports Center mainly acts as the venue for opening/closing ceremony and the competition events of Women’s Volleyball, Swimming and Diving. After the Games, it will continue to be open to the public.