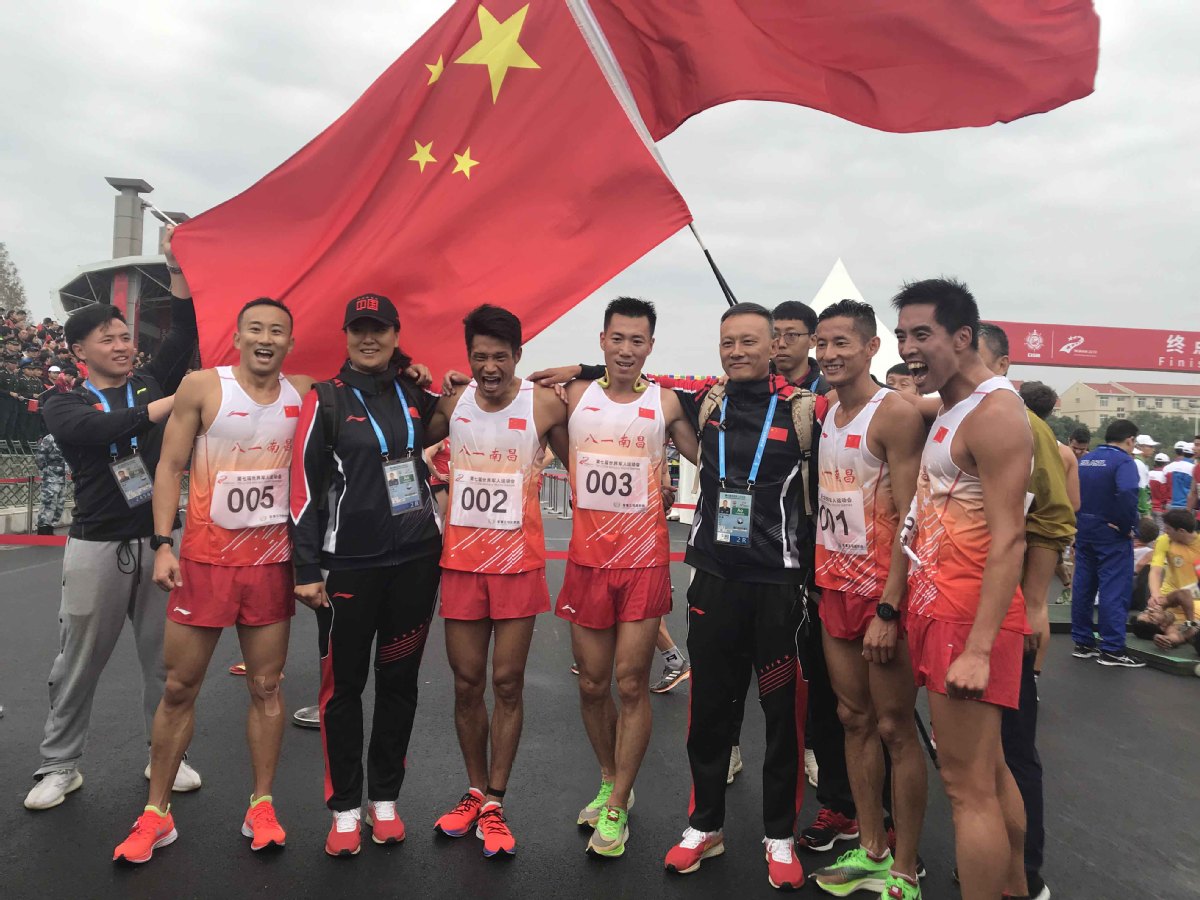 As the last event – cross country – concluded on Wednesday morning, Chinese athletes Pan Yucheng and Aniu Ergu won the gold and silver in the men's individual.

Military pentathlon is one of the most unique sports in the Military World Games, with athletes competing in five disciplines: shooting, obstacle run, obstacle swimming, throwing and cross country. It features three categories: men and women's individual, team, as well as obstacle relay.

The individual and team competitions started on Saturday and concluded on Wednesday. With all five scores combined, the Chinese team topped the gold tally in these two categories.

Pan said his training for the race went smoothly, which contributed to his victory on Wednesday.

He added that after this event he would continue to work hard."After stepping down from the podium, everything starts from zero again," he said.

"I feel very excited. As a coach I've been waiting for this moment for 10 years," said Li Chunmei, head coach of the Chinese women's team, adding that they also broke the world record set 19 years ago.

Li said she had had strong expectations after a year of intense training and saw the team grow ever stronger.

"I hope that after the games, more people will get to know about military pentathlon and be willing to join this team and serve in the military through our training in the future," she added.