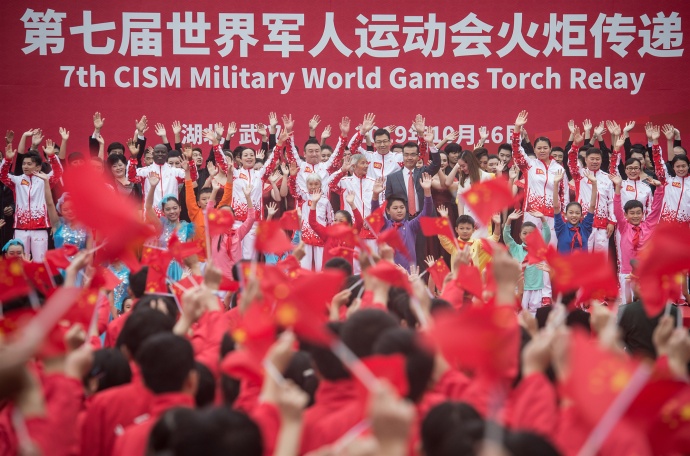 One hundred torch-bearers on Oct.16 combined to have done the 7th CISM Military World Games (7th CWG) torch relay along the lake-front of the East Lake in Wuhan. The torch relay set off the final count-down toward the grand opening of the 10-day multi-sports Games.

The torch relay started with the lighting of the first torch by the flame kept in a special fire-lamp. This fire-lamp was ferried to Wuhan from Nanchang also of China. Nanchang was the place where the Chinese military started its formation back in 1927.

The 100th torch was then used to re-light the fire-lamp to keep the 7th CWG flame for the Opening Ceremony set for Oct.18.

The 7th CWG run from Oct. 18 till 27 with 25 competition and two demonstration sports. In all, 329 gold medals are on offer.